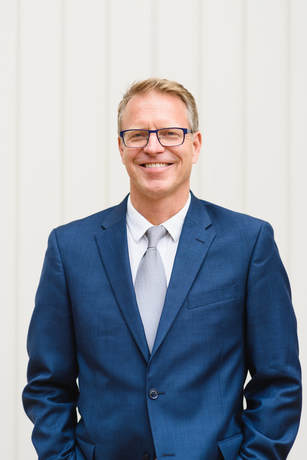 John Gunther is a composer and multi-instrumentalist playing Saxophones, Clarinet, and Flute.  With a restless musical spirit, he enjoys exploring all
forms of jazz from traditional to avant-garde as well as classical music,
world music and experimental electronic music.   He has performed or
recorded with many notable jazz artists including Dave Douglas, Ron Miles,
Christian McBride, Bobby Watson, Wallace Roney, Larry Goldings, Tom
Harrel, Dewey Redman, Joe Williams, The Woody Herman Orchestra, the
​Vanguard Jazz Orchestra and The Maria Schneider Orchestra.
As part of New York city's "downtown" music scene for many years, he
produced five recordings for Creative Improvised Music Projects (CIMP) and is co-founder of the contemporary jazz ensembles, "Spooky Actions" and
"Convergence." John is an Associate Professor in Jazz Studies at the
University of Colorado at Boulder where he directs the Thompson Jazz
Studies Program. He received his Ph.D. from New York University where his research examined incorporating techniques of serial music with
improvisation.  In 2007 he received an "Innovative Seed Grant" to create the Boulder Laptop Orchestra and to further explore the intersection of music, performance, art, and technology.   His work with BLOrk has led to further
collaboration with the STEM program at CU exploring informal science
education through the arts.  His most recent recording, "Safari Trio" with
Brad Shepik and John Hadfield, can be found on CD Baby and his website, johngunthermusic.com 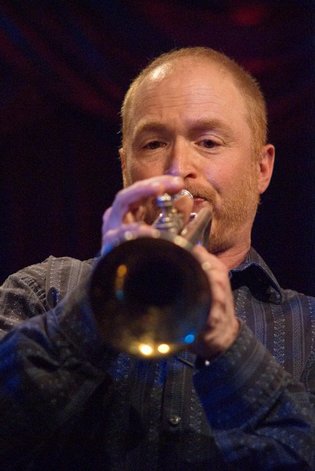 Trumpeter Brad Goode has toured and recorded with the bands of Von Freeman, Red Rodney, Eddie Harris, Ira Sullivan, Frank Morgan, Curtis Fuller,Jack De Johnette, Ernie Krivda, Rosemary Clooney, Barrett Deems, theWoody Herman Orchestra and many others.
Brad led his own combo in Chicago from 1985 until 1998, including a twelve year stint as leader of the house band at the Green Mill. As a Cultural
Ambassador for Mayor Richard Daley of Chicago, he led jazz groups on
tours of Asia and the Middle East.  He was named one of the most
influential Chicagoans of the 1980s by the Chicago Tribune, who credited
him as a “major catalyst in the revitalization of the Chicago jazz scene.”
Since 1998, Brad has primarily performed as a lead trumpeter. He currently tours with the bands of Canadian vocalist Matt Dusk and West African
drummer Paa Kow. He makes frequent appearances as a soloist and
clinician at colleges and high schools. An experimental soloist, he leads two Jazz combos, the Brad Goode Quartet, and the Polytonal Dance Party. His
17 recordings as a leader can be heard on the Delmark, Sunlight,
SteepleChase and Origin labels. His latest CD release is “Montezuma”
(2015).  Brad Goode is the musical director for The Conference on World
Affairs and for the Colorado Jazz Group. He serves on the faculties of The
Colorado Conservatory for the Jazz Arts and The University of Colorado,
​where he is Associate Professor of Jazz Studies. 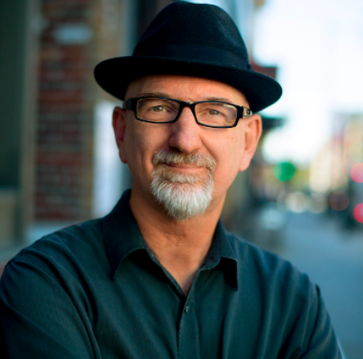 Pianist, Jeff Jenkins began his musical life in pastoral Nebraska City, Nebr. He spent much of his youth riding bikes and perfecting the
curve ball!  He came to the piano through the guidance of his
musical family, and quickly found that "playing by ear" proved to be
perfect escape from an all too predictable small town reality.  As a
jazz pianist, Jeff has worked with many American  jazz legends
including: Phil Woods, Freddie Hubbard, David Fathead Newman,
Marlena Shaw, Eddie Harris, Richie Cole, Dakota Staton, Bobby
Hutcherson, Curtis Fuller, Benny Golson, John Abercrombie, and
Clark Terry. He is heard regularly with many groups, including the
Ken Walker Sextet, and his organ trio "The Organization".  Jeff spent
​the decade of the 80's in New York, where he studied with Richie
Beirach, Kenny Barron, and Fred Hersch.  While in the big apple, he  played the off broadway hit "Little Shop of Horrors", and toured with "The Who's Tommy" in the early nineties.  As a recording artist Jeff
released two CD's for American Gramophone Records.
"Unexpected Journeys", his maiden voyage,  was an all original composition project featuring a 16 piece string section.
His second release for the label was called "One World" which featured New York drummer Graham Hawthorne, and
saxophone virtuoso Ernie Watts.  "Everything I Love" was a jazz trio outing released in 1998 on Baby Jane Records. Jeff's '07 Capri Records release “Cique” received high acclaim, including being selected as one of the year's ten top jazz CD’s in the Boston Globe. 2012 saw his most intensely personal solo piano excursion- "The Healing".  He has appeared on
​dozens of CD’s as a sideman,  including Brad Goode's "Nature Boy", "Polytonal Dance Party", and "Chicago Red".  Jeff is
currently teaching at the University of Colorado at  Boulder, and for the Colorado Conservatory for the Jazz Arts. 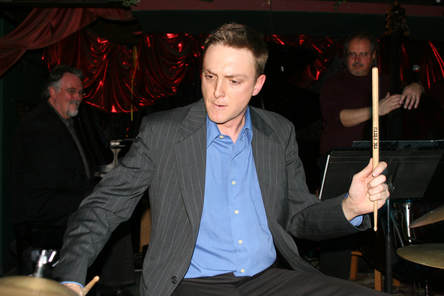 From 2016-2018, Ed was the Visiting Assistant Professor of Percussion at the University of Wyoming (UW). At UW, Ed oversaw all facets of the percussion area including teaching all applied percussion students, percussion ensemble, percussion methods and jazz ensemble. Previously, Mr. Breazeale held the position of lecturer in percussion at the University of Colorado-Denver. In addition to teaching applied percussion at UC Denver, he taught classes in music theory, ear training, jazz improvisation and directed the UC Denver Pop/Rock Ensemble. Since 2012, Mr. Breazeale has been an Artist-In-Residence at the Denver School of the Arts (DSA). At DSA Breazeale, along with fellow percussionist Greg Harris, formed the DSA Percussion Ensemble, the DSA Drum Set Armada and designed and initiated the DSA Percussion Camp.